The interdisciplinary projects examine relationships between individuals and their environments by utilizing photography, video, drawing, and performance.

Through the Eyes of Seven Photographic Series, Current Project // More photos on  Instagram @ eyesofseven Through the Eyes of Seven started as a portrayal of our life as a frontliner’s family with my seven-year-old son during my husband’s absence last spring when New York was devastated by COVID-19. My physician husband was assigned to the COVID Team […] 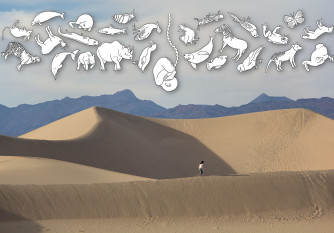 Desert Walk Series Photo & video, Current Project // More about making of the Walk Project on Instagram @ januaryyoonchoart The Walk Project explores the connection with our environments through video, photography, drawing and performance. The project features America’s diverse desert landscapes with superimposed digital drawings of various biological forms over the image of myself walking. […] 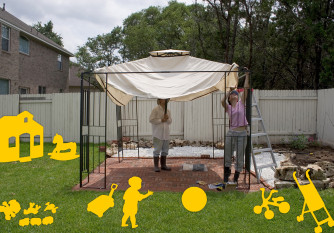 Nuclear Family Series Photo, 2004 – 2013 // Nuclear Family photo video project is a social commentary on a new suburban neighborhood where babies are expected to be seen in every household. As a young married couple, the artist and her husband pose around their home in suburbia with their imaginary silhouette baby. The artist has […] 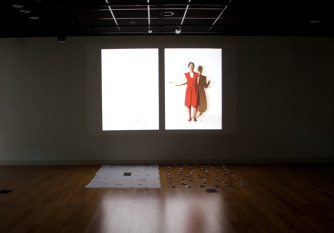 Installation view of Some Aspects of Love at the Ringling College of Art and Design Video (projection), Audio component: yes, Performance by the artist, 4min 33sec, 2008, Edition of 3 // The artist’s performance of readings from “A Lover’s Discourse” and the glue – a metaphor for love for its bonding property for joining two […] 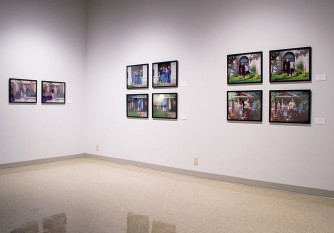 Blurring Photo Series Photo, 2008 // The blurring faces of snapshots put an identity to an end. Digitally manipulated photographs. Blurring photo series are diptych photographs of people standing in front of their homes. The first pictures are discreetly taken just before people are ready to pose for the picture without giving them advanced warnings for the shot. […] 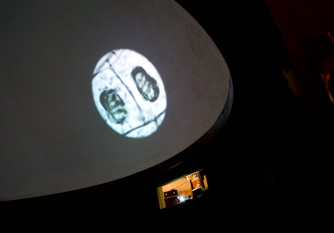 Video (Projection), 2 min 1 sec, Audio component: no, 2007, Edition of 3 // Cell is a video projection composed of wedding photos of the artist, YOON CHO and her husband superimposed over a developing cell. The pencil drawings of a cell in sequence are digitally modified and animated along with the photographs. Cell examines […] 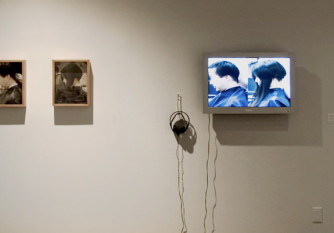 photo & video, 2007 // Hair project is a performance project on video and photo installation.   Haircut Video, 3min 33sec, Audio component: yes, 2007, edition of 3 The juxtaposed videos in Haircut show Yoon Cho having a long shoulder length hair cut down to the same length of hair as her husband’s. The physical […] 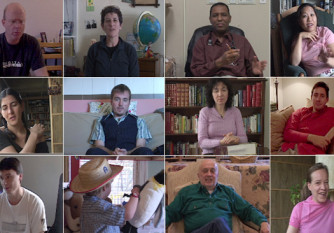 Video, Audio component: yes (surround audio system), 17 min, 2007, Edition of 3 // How to Spell My Name is a video project involving interviews on the subject matter of name. Twelve people with different occupations and cultural backgrounds including a translator, philosopher, software programmer, physician, toddler, educator, actress, etc., talk about their names and identities. […] 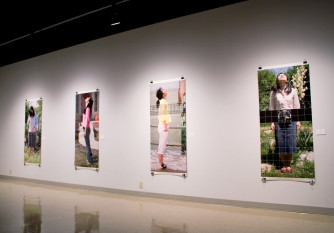 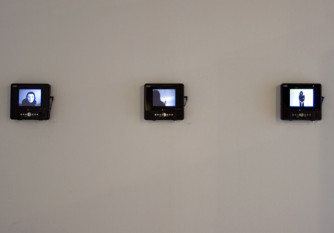 Video, Performance by the artist, 2001 – 2007, Edition of 3 // Persona Series is a video trilogy. “Persona: Can you see my face?” shows repetitive attempt of taking the mask off from the face. This attempt unveils the perpetual desire for searching for ones own identity. The layers of the mask display unattainable and […]